A friend of mine posted on Facebook today. She was watching Hospital and wrote a post about the dilemma posed on the programme – should they give the one available bed to the patient who needs surgery  for obesity, or the cancer patient. Cue lots of judgemental comments about the self-inflicted nature of one of those two conditions and who was more deserving.

Well, I didn’t see the programme, so I don’t know what the individual situations were, but this ‘blame game’ around medical treatments makes me angry. What should be important is how urgent the need is, not whose fault the condition is. Start that sort of thing and it will only take us to a bad place. Plus, it’s ridiculous. Follow that argument (whether a condition is self-inflicted) and then consider – are you going to refuse to fix the broken leg of the man who went skiing? After all – it was his own fault – he could have avoided the broken leg simply by not skiing. The truth is, very few medical conditions are entirely self-inflicted or entirely bad luck. And no one would inflict obesity on themselves deliberately; it’s a life-altering, isolating and painful condition.

Cancer too could be a choice brought on by decades of smoking, but then it could equally be bad luck, bad genes, or simply being in the wrong place at the wrong time. There is no right answer here, and looking at the extent to which the person is responsible for their own condition is NOT the right question to be asking. If there has to be a choice, then let it be how much help the surgery will be, or how much the quality and length of life will be altered. Or how about we ALL make the choice to pay more tax towards healthcare so that no one has to make these choices any more. Assuming (that is) we can make the Government spend the money appropriately and stop them attempting to privatise our health service by stealth.

So there are really two issues here; the biggest issue is that the UK Government is systematically under funding and therefore slowly killing our once amazing healthcare system, and the less important issue is whether everybody deserves equal access to that healthcare. Whilst reading people’s judgemental comments about the second issue is maddening, it occurs to me that it would be a non-issue if there was enough healthcare to go round.

And that’s it: rant over! I’m posting on here rather than Facebook to save myself from accidentally getting embroiled in a Facebook comments argument with friends of my friend. But thank you for listening! 🙂 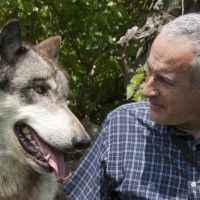